A 33-year-old patient suffering from a very rare form of tumour termed as DSRCT or desmoplastic small round cell tumours was saved from the life-threatening disease by doctors at Marengo CIMS Hospital. The DSRCT tumours grow in the abdomen and the pelvic area of the body. The causes of this rare type of tumour in the peritoneum are not well known by experts but they attribute the genetic abnormality of the chromosomes. This soft tissue cancer usually affects the abdomen and then spreads to other parts of the body. The survival rate of patients diagnosed with DSRCT is extremely low.

The urgent line of treatment adopted was with the removal of the tumour, followed by HIPEC surgery lasting about 14 hours. In the scope of hyperthermic intraperitoneal chemotherapy (HIPEC), visible cancerous tumours are first removed from the abdominal cavity surgically. The cavity is then bathed with hot chemotherapy which has been heated to 42 degrees celsius. This following procedure is conducted to kill every microscopic cancer cell that may have remained and is an extremely complex one, requiring a very high level of expertise to conduct it successfully.

The Desmoplastic small-round-cell tumour (DSRCT) is reputed to be an aggressive and rare cancer form that occurs as a mass or masses in the abdomen. Other parts of the body that can increasingly become affected if not diagnosed on time are the lining of the abdomen, spleen, liver, chest wall, spinal cord, large intestine, bladder, and many other parts.

The recognised symptoms include abdominal pain and a persistent feeling of fullness, abdominal mass and gastrointestinal discomforts like constipation and a feeling of unfulfilled ablutions.

Dr Nitin Singhal, Oncologist, Marengo CIMS Hospital says, “Cancers of the peritoneum (the layer that covers the abdominal organs) are difficult to diagnose as they are detected at advanced stages in most of the cases. Previously, most of these cancers had dismal outcomes as most of them are not very responsive to chemotherapy. With the advent of this technique of cyto-reductive surgery and HIPEC, we can give it the best of our expertise to ensure that the patient is completely cleaned of cancer cells and improve the patient’s quality of life and long-term outcomes.”

Dr Raajiv Singhal, MD & CEO, Marengo Asia Healthcare says, “CIMS Hospital had set another benchmark by successfully conducting this surgical procedure with HIPEC first time in Gujarat. In our commitment to treating cancers in men and women, this becomes one of the rarest forms of cancer that we have the clinical excellence to treat.”

DSRCT is a rare and often fatal disease often prevalent more in males than females. When detected in females, it is often mistaken for ovarian cancer. The disease is known to emerge suddenly from primitive cells during childhood. But when this happens, the body cannot suppress the tumour growth.

Support us in our endeavor to bring you Advertisement free content.
Choose your options to donate or subscribe.
Tags
desmoplastic small round cell tumours Marengo CIMS Hospital 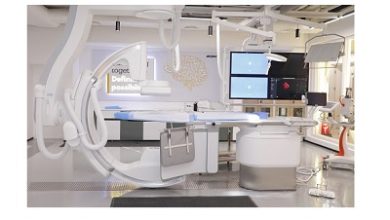 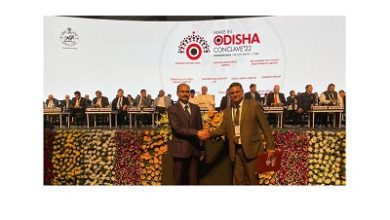 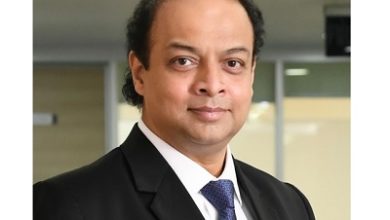