The five-minute Yoga protocol will help to de-stress, refresh and re-focus at workplace

Union Minister of Ayush Sarbanand Sonowal launched the ‘Y-Break’ mobile application at Vigyan Bhawan. The five-minute Yoga protocol, specially designed for working professionals to de-stress, refresh and re-focus at their workplace to increase their productivity, consists of Asanas, Pranayam and Dhyana.

Sonowal said, “Keeping in view the working population this Y-break has been developed, which will give the employees some solace at the workplace. This Y-break, if practised sincerely, is going to play a major role in the maintenance of the health of the people.”

The launch was a part ‘Azadi Ka Amrit Mahotsav’, a series of events organised by the Government of India to celebrate 75th Year of Independence. The Ministry of Ayush will promote several activities of Ayush including the launch of Y-Break, organising camps for schools for Ayush systems, the launch of Ashwagandha as prophylactic medicine, and distribution of medicinal plants for farmers and the public till September 5, 2021.

The programme also witnessed a synchronised and impressive display of Yogasana by all dignitaries, including the ministers present at the venue. They performed the five-minute Yoga protocol as given in the mobile application. Several dignitaries connected remotely including senior officials of various government departments, autonomous organisations, members of industry bodies such as ASSOCHAM, CII and FICCI, officials of Yoga and naturopathy institutions, universities and yoga centres abroad, yoga practitioners, scholars, policymakers, bureaucrats, yoga enthusiasts and experts of allied sciences.

The event started with the lighting of the ceremonial lamp followed by a technical presentation on Y-Break Application by Dr Leena Chhatre, OSD (Ayush Grid), Ministry of Ayush and a live Yoga demonstration by Dr Ishwar V Basavaraddi, Director, Morarji Desai National Institute of Yoga.

Support us in our endeavor to bring you Advertisement free content.
Choose your options to donate or subscribe.
Tags
Sarbanand Sonowal Union Minister of Ayush Yoga 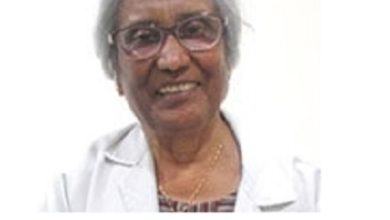 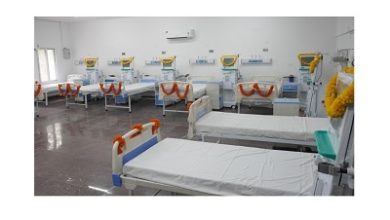 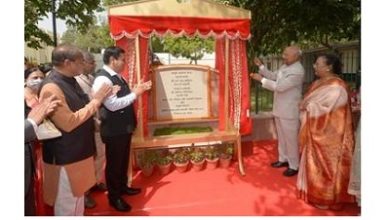 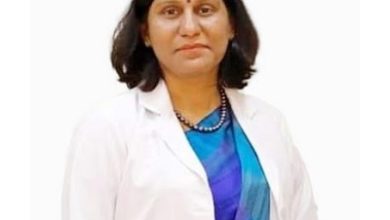 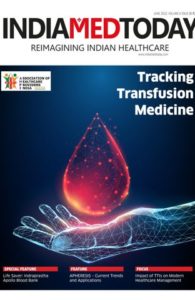