A 19 years old male patient met with a road traffic accident while traveling on a bike in September 2017. He sustained injuries in his spine and was hospitalized immediately. He did not undergo any surgery to repair the fracture/injury and the family was told that he will not be able to stand or walk in the future. He lost sensory perception in his hips and legs and as well as bowel and bladder control. A catheter was inserted to aid in passage and collection of urine. After discharge, Sylvanus remained bedridden without any treatment for 6 months. Due to inability to move, he also developed bed sores. 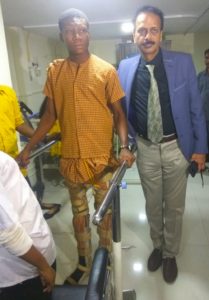 Dr. Pradeep Mahajan, Regenerative Medicine Researcher, Adigos Stem Cells says, “The family heard about cell-based therapy in India and the patient was brought to Mumbai on a stretcher. He was advised 2 sessions of cell-based therapy along with neurorehabilitation. In order to remove the scar tissue that was formed in his spine in the region of injury, Sylvanus also underwent a spine surgery under a team of experienced orthopedic and spine surgeons. Simultaneously, he underwent cell-based therapy in order to repair and regenerate the damage to the nerves and muscles in the spine. For the bed sores, he underwent treatment with Platelet Rich Plasma, which is a rich source of growth factors, in order to facilitate healing.

Elated Sylvanus said, “I was depressed after my accident as I was unable to stand or walk and lost perception in hips and legs. I am thankful to Dr. Pradeep Mahajan and his team because after the treatment I am now able to stand and walk”.

“Within a period of one month, it was noticed that the patient regained some sensory perception in his buttocks area. Initially, the patient was advised basic stretching exercises for his back, hips, and legs. Following this, he was trained to stand with the help of calipers and walker. The patient is now able to lift himself up from sitting to standing position. He takes steps with the support of walker while using calipers. Although he hasn’t regained bladder control yet, he is able to appreciate some sensation of bladder fullness etc. The patient is also being trained in exercises for sphincter control. The size of the bed sores has also reduced considerably and the patient does not feel much discomfort as before” added Dr. Pradeep Mahajan. 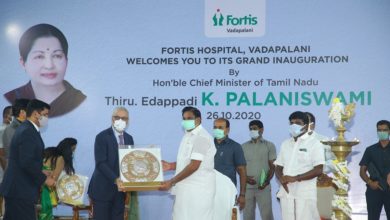 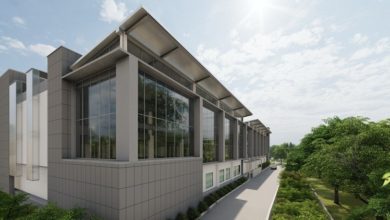 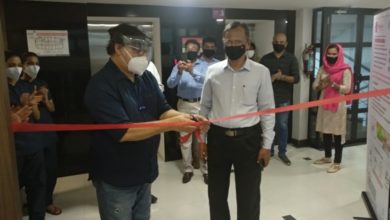 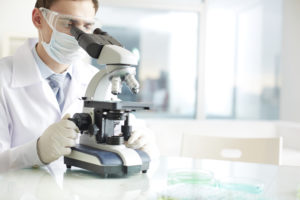 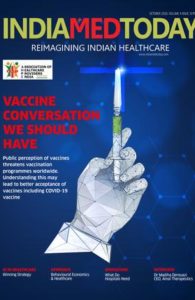