How organ donation and transplant beat COVID-19 pandemic, but yet to reach levels of significance

A CRPF jawan giving a new lease of life to three, a brain dead child saves 11 lives by donating organs are some of the inspiring stories, which we have recently come across in various news channel. Green corridors being set up for ambulances to zoom past through busy traffic so that an organ from a brain dead person reach the hospital within the least stipulated time are all possible due to government’s initiatives, awareness among the general public and the urge to help others by relatives of the deceased. However, something is amiss.

Though the general public is much more aware due to various campaigns on organ donation and transplantation, India still lags far behind when compared to other western countries. Challenges associated with superstitious beliefs, rackets involving the selling of organs,etc., are some of the hurdles which the government and NGOs need to work upon to make the process easier and help thousands who are on the waiting list. 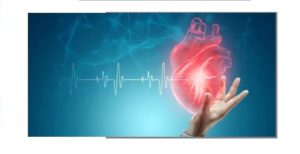 Reluctant to Lend
Though India performed the second largest number of transplants in the world in 2019 after the US, the country lags behind Spain, the US and the UK in national donation numbers. So, what is the current scenario of organ donation in the country?

Says, Anika Parashar, Chairperson, Parashar Foundation, ORGAN (Organ Receiving & Giving Awareness Network), “India’s current deceased organ donation rate is 0.52 per million population (pmp). This means that not even one person in every 10 lakh people eventually donates their organs after death, which is extremely low in
comparison to a country like Spain that has 46 pmp. In 2019, there were only 715 deceased donors across India.”

According to National Health Portal, around five lakh people die annually in India due to lack of an organ donor but with less than one per million people opting to donate, the organ donation rate in the country is one of the lowest in the world.

States like Telangana, Tamil Nadu, Kerala, Maharashtra and Rajasthan have been leading in organ transplants where NGOs have played a huge role in bringing awareness on organ donation. Says Dr Vasanthi Ramesh, Director, National Organ and Tissue Transplant Organisation (NOTTO), Ministry of Health & Family Welfare, “In 2019, 715 people donated organs and Maharashtra had the maximum number of deceased donors while, Tamil Nadu performed the maximum number of deceased donor transplants by better organ utilisation from each donor.”

These numbers tell the story of grit and determination of a number of unsung heroes who make organ donation possible. These selfless warriors are celebrated every year during the Organ Donation Day. At the 11th National Organ Donation Day, Dr Harsh Vardhan, Union Minister of Health and Family Welfare talked about the exemplary performance by states and healthcare professionals in the country. He also said that they should be encouraged at every step so that the curve keeps following an upward trend.

The COVID pandemic brought this essential service to a screeching halt. Dr Vardhan, recently said that the COVID-19 pandemic has had a hugely negative impact on the deceased donor programme in India.

The aforesaid Act and Rules provide for the policy regarding organ donation. In India, health is a state subject, the states are required to adopt the Act before it may become applicable for the people. The Original Act, i.e. the Transplantation of Human Organs Act, 1994 is applicable in all states and Union Territories (UTs) except the states of Andhra Pradesh and Telangana which have their own act on this subject. After notification by the Government of India, the Transplantation of Human Organs (Amendment) Act, 2011 has come into force on January 10, 2014, in the states of Goa, Himachal Pradesh, West Bengal, and all UTs. Subsequently, the states which have adopted the Amendment Act to date are Rajasthan, Sikkim, Jharkhand, Kerala, Odisha, Punjab, Maharashtra, Assam, Manipur, Bihar, Chhattisgarh, Gujarat and Uttar Pradesh.

Other states have not yet adopted the Amendment Act. This led to the establishment of the National Human Organs and Tissues Removal and Storage Network and National Registry for Transplant. The Act also simplified donation and transplant procedures by establishing a legal definition of brain death, relative organ donation and non-relative (swap) organ donations. In time, state and region level organ and tissue transplant organisations were also set-up.

The process of organ transplantation is not an easy task. There are a number of challenges both medical and nonmedical. For example, a cadaveric organ donor transplant can be done from ‘brain stem dead’ persons but before the heart stops beating. So time is the key factor for these transplants. Before going in for organ transplantation, certain important measures need to be followed. Factors like finding the right donor, matching the blood group, counselling the patients for post-surgery complications etc.

Apollo Dialysis Clinics, Bangalore, which performs nearly 60 to 70 transplants per year has a protocol to ease the challenges. Says Dr Prashant C Dheerendra, Consultant Nephrologist, Apollo Dialysis Clinics,“Factors like age, gender, health parameters and financial constraints should be looked into before going in for transplantation. In every case, there is always a small percentage of risk involved post-surgery on how the recipient will adapt to the transplant, and whether there might be side effects or any organ disruption during or after the surgery.”

There are many myths and misconceptions in India regarding organ donation and transplantation that deter people from pledging their organs. Religious sentiments and superstitious beliefs have added to these woes. While, there continues to be some malicious practices of illegal organ trade, a number of rumours and unsupported claims regarding organ donation are a big challenge for the transplant community.

Recently, rumours surfaced in Goa regarding reports that organs are being removed from the deceased kept in the mortuary. The State Organ Tissue and Transplant Organisation in Panaji had to reach out to people with ad campaigns to expel these rumours.

Parashar says, “People are scared to donate because of lack of knowledge. Many believe that if someone donates an organ, they have to pay for the organ besides the body getting mutilated.”

A number of awareness drives are conducted to fight such beliefs and rumours but they aree not enough.

So, what is the way out?

Counselling the donor’s family before and after the transplant is extremely essential, it may be the case of a cadaveric donor (brain dead donor) or a relative live donor. There is already a sense of grief and loss prevailing in the air therefore being sensitive to their circumstances is paramount.

Adds Dr Dheerendra, “Over and above, there are sentiments and religious perceptions which may overrule their decision while the counsellor and team of doctors can only guide, but not insist anything on anyone. It is a completely personal choice made out of one’s own conscious decision.”

There are cases of illegal organ transplants where the poor are conned into selling their organs. Reports surfaced a few years back in Delhi where government apathy led to a major kidney selling racket. Bureaucratic challenges also keep many away from coming ahead and donating organs for the needy. Out of desperation, many family members end up conniving with officials which lead to organ selling rackets.

The COVID-19 pandemic has thrown a host of challenges for people urgently looking for transplantation. People in dire need of transplantation had to wait for a long time due to lockdown and many needy patients died in want for organs. The government’s strict protocol during the lockdown resulted in an even longer waiting list which took a toll on the patient’s health.

Says Dr Dheerendra, “A lot of patients cannot afford such a long wait due to several financial and health-related problems. Considering all the aspects, they have started performing the transplant surgeries once again for those who willingly gave informed consent. Though many new protocols had to be instilled to minimise the risk of COVID-19 transmission NOTTO has published guidelines for the same. Fortunately, almost all of the surgical repairs have been successful.”

NGOs that usually receive funds from philanthropists had a tough time managing the budgets during the COVID lockdown as there were hardly any donations coming in. Initially, all transplant activities were stopped, but eventually, it restarted, which led to donations.”

After a lull of three to four months during the lockdown period, things again started picking up. Parashar says, “For those waiting for living donations (they already have a donor in the family for kidney or liver), the time taken extended due to COVID and there was the added threat of contracting COVID during the transplant. Now both deceased activity and living donations have restarted.”

Dr Ramesh opines that the donor and receiver had to be COVID–19 negative.

“A COVID free pathway had to be created in the hospitals and the entire transplant team had to take adequate precautions. The recipient who was to be put on immune-suppressants was considered particularly at risk and therefore needed to be protected during the covid pandemic. The lockdown prevented the movement of people which made it difficult for recipients to reach the hospital in time. Also due to the fear of COVID, recipients were unwilling to undergo transplants,” she said.

Need of the Hour

The aggressive campaign is the need of the hour to promote organ donation. Social media, television ads can play a crucial role in this endeavour. Film stars, sportsmen can play a huge role as they can act as role models in this initiative.

Recently, IndiaMed Today carried news on Edelweiss Tokio Life Insurance unveiling a unique educational programme on organ donation and a plan to build a corpus for underprivileged organ recipients. According to the company, the insurer will continue its partnership with MOHAN Foundation, an NGO actively working for the cause. The organisation has roped in actor and social activist Rahul Bose to harness his social influence in spreading awareness for this cause.

Says Parashar, “We would recommend a mass awareness campaign led by the government to bring organ donation into the public domain and make something routine. Also, government hospitals need to start doing transplants so that they are affordable for all. Schemes for funding for transplant and medication need to be taken out by Central and state governments.”

Dr Dheerendra says, “Organ donation is a very sensitive topic to be discussed in the open. As we all know, it is an individual choice made out of one’s own conscious decision, therefore, more than anyone else, the donor needs to be convinced in terms of donating the organ to the recipient. People need to understand that there can be no greater gift than this. While, huge awareness can be created through the help of multiple  seminars, talks and celebrities endorsements; understanding the deeper cause of this donation can help one propagate the issue more.”

It is important to understand that the existing educational institutions and the various religious heads have the greatest influence on the minds of a person. People need to understand that a small step can bring a dynamic change in our entire world. Starting educating children in schools about the good effects of organ donation, besides massive ad campaigns, can help change the perception and attitude. Each person can surely contribute in a small but significant way by signing up to become an organ donor. 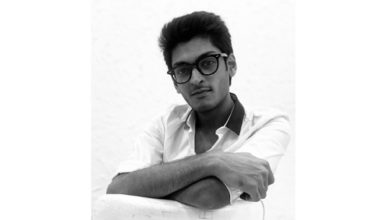 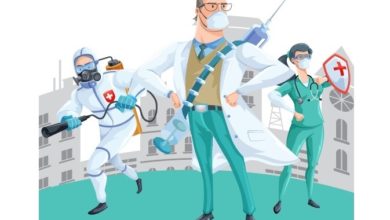 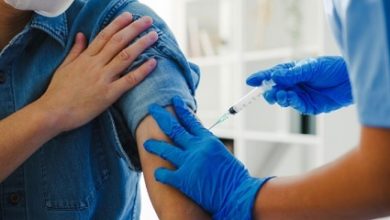