Jaipur, also known as the Pink City, has gone through a revolution in the health sector since 1844 and has reached a milestone in providing quality treatments

The history of modern medical science in Jaipur started in 1844 when an allopathic dispensary was started by the Regency Council. The reign of Maharaja Swai Ram Singh (1850 to 1880) was another milestone in Jaipur’s history of medicine. The scientific aspects of the treatment of disease were appreciated by the ruler who permitted the then agency surgeon, Dr Bur, to start a medical school in Raipur. The school, however, was closed down due to public opposition over the dissection of human bodies. Dr Bur later built a general hospital in 1875 opposite Sanganeri Gate and named it after Lord Mayo the then Governor General of India.

Maharaja Sawai Ram Singh was so impressed by allopathic science that he always preferred to call Col Dr Henley for his treatment till his last breath. Dr Daljan Singh Khanka, a Kashmiri, was brought to Jaipur by  Maharaja Madho Singh. He was the first Indian MBBS to come into Jaipur State Services. He accompanied Maharaja Madho Singh to England at the time of the coronation of King George V and on his return introduced the concept of sterilisation in Jaipur. His successful removal of a large ovarian tumour and survival of the patient without post-operative sepsis received wide acclaim in 1905. One hospital and one dispensary were started in 1845. Subsequently, such  facilities were recommended for other parts of the state as well. However, due to a lack of trained doctors, the initiative made limited success. In 1855, a maternity hospital, one dispensary and a medical school were opened in Jaipur. In the first batch, 24 students were admitted. Dr Kingford Burr was
appointed as the director of this college and he taught material medical, practical therapeutics, surgery and practice of medicine. Later, Dr Najeeb Khan and Dr Hussain Baksh were appointed as demonstrators in anatomy and assistant surgeon Dr Parvati Charan Ghosh was appointed as a lecturer to teach principles and practice of medicine, physiology and material medical.

Three years later (1861-64), over differences, certain unfortunate developments led to the closure of the medical school which was still in its infancy. In 1945, late Sir Mirza Ismail, Prime Minister of Jaipur state, during his visit to Sikar, was invited for tea by Late Rao Raja Kalian Singh of Sikar at his guest house. Incidentally, the chief medical officer, Dr SC Mehta was also one of the invitees. During discussions, Dr Mehta pointed out that doctors  coming from other states leave the services as soon as they get suitable jobs in their parent states and hence
there was always a shortage of doctors.

The solution which he recommended was establishing a medical college in the state. Sir Ismail then started working on the project. On March 13, 1946, Lord Wavell laid the foundation stone of SMS college in a very impressive function presided over by H.H. Sawai Man Singh, the Maharaja of Jaipur. The year 1947 marked the beginning of a new era in medical education in Rajasthan with the inception of the 15th centre for medical education in India, the prestigious Sawai Man Singh Medical College. Initially, the college started work in the south wing of SMS Hospital and the building of the Jaipur Medical Association. Dr GN Sen was its first principal. He had a short tenure and was succeeded by Dr SC Mehta, famous for his great zeal, drive and sense of discipline. His acumen in choosing his staff was reflected in the selection of Dr HC Choudhary, the first professor of physiology, and Dr BM Lal, the first professor of anatomy, both of whom were loved and admired by their students.

Professor Ram Bihari Arora and professor RKGoel were the fortunate ones to head the department of pharmacology and pathology respectively. In 1951, Dr SK Menon took over as principal of the college. In 1952, the college was recognised by the Medical Council of India and the foundation of a new OPD block was laid in the succeeding year.

1952 also marked the beginning of PG Courses and the first batch of MD and MS students qualified in 1955.Dr Bhola Nath was the first medical graduate to start his private clinic and dispensary in Jaipur at the beginning of this century. Dr (Miss) MC Dougal, a Scottish lady with missionary zeal, ran a maternity home in the walled city during the first half of this century. She, however, had to wind up in the midsixties due to old age. Dr Tara Chand
Gangwal, a legendary personality, was the first person who initiated a trend of nursing homes in Jaipur. His first nursing home was for ENT, General Surgery and maternity-related issues. He later on established SDM Diagnostic Clinic in October 1963, for the benefit of the weaker sections of society. The Mode Dharamshala opposite the SMS Hospital is his creation for the benefit of the patients of SMS Hospital.

Dr Sardar Singh was the first medical graduate of SMS Medical College who started private practice in 1953 and
later developed a hospital for eye and general surgery. Dr Chandra Kanta led the lady medical graduate of SMS
Medical College by being the pioneer to start a gynaecology and maternity nursing home in 1955-56. Dr GP Choudhary was the first person who started a pathological laboratory in the private sector in 1942. The city
witnessed the first private general hospital which was started by the Santokba Durlabhji Trust on January 1,
1972.

The late ’90s saw multiple homeground entrepreneurs Dr BL Soni (Soni Hospital), Dr SB Jhawar (Apex Hospitals) and Dr KM Bhandari (Bhandari Hospital) expand their small health care facilities to start attracting super speciality services in Jaipur. Bhagwan Mahaveer is the only dedicated private hospital in the state for cancer. The decade 2000-2010 saw the advent of the corporate hospital where there was the expansion of Apex Hospital and Soni Hospital and with it arrived the first corporate hospital in Jaipur in the form of Fortis
Hospital. The decade also saw multi-speciality services going in the state with Jodhpur, Sikar, Ganganagar, Kota, and Udaipur taking the lead. 2010-2020 was the era of corporate and chains.

Corporates like Narayana, Manipal, Shalby, EHCC and Birla all made their pitch and saw the growth of private medical colleges in MGH (Mahatma Gandhi Hospital and Research Hospital), NIMS (National Institute of Medical
Sciences) and JNU( Jaipur National University). Quaternary services like transplant, paediatric, heart surgery, ECMO, bariatric surgery, and radiation, were now home to the state. While the private sector was thriving,
the government sector was not very much behind. SMS Medical College grew into one of the largest hospitals in the country with over 3000 beds occupying all the stream medicine has made available.

Chains starting with Apex of Jaipur, Shriram of Jodhpur and Mewar of Udaipur mainly made ambitious
progress in the state. The future brings hope for the consolidation of tier II and III cities of the state.

Support us in our endeavor to bring you Advertisement free content.
Choose your options to donate or subscribe.
Tags
allopathic dispensary Jaipur 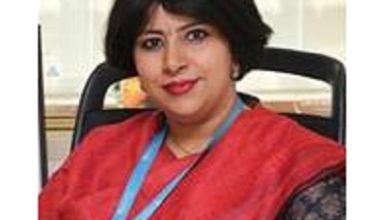 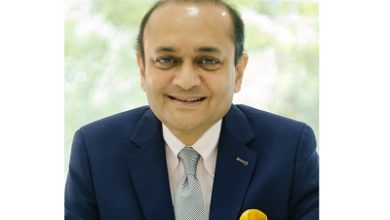 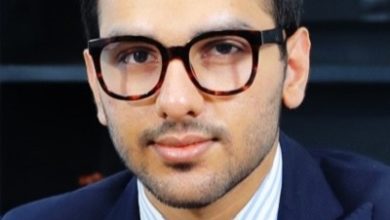 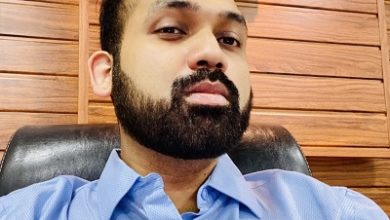