New Delhi: Vicky, 37-year-old, resident of North West Delhi, had an enormous tumour that covered the left side

of his face. The cancerous tumour was hanging from the left side of his face. It was not only bleeding excessively but also had huge portions of dead and decaying cells. Due to the large tumour, Vicky was having extreme difficulty in opening his mouth, eating food or even moving his head from side to side. He had also lost a lot of weight because of poor nutrition intake over the last few months.  He went to Max Hospital in March this year, before lockdown.

Dr Saurabh Gupta, Consultant, Surgical Oncology, at Max Hospital, Shalimar Bagh, who led the surgery said,“The patient noticed early signs of the disease in the beginning of this year. He was extremely lucky that the tumour, despite being huge, had not spread to other organs of the body. We decided to conduct a life-saving surgery as soon as possible considering the fast rate of growth of the tumour, which was also bleeding excessively. Any further delay may have led the cancer to metastasize to other body parts like bones, lungs, liver, etc. The safest option was to operate and remove the cancerous growth.”

Before the surgery, the patient had to undergo two quick cycles of chemotherapy within a span of three weeks to shrink the size of the tumour. The patient was operated upon on April 30 in an 11–hour-long surgery. The surgeons carefully excised the cancerous growth as a single piece that weighed 3 kgs and measured 18×12 cm with a depth of 8 cm – about the size of a normal human head.

Explained Dr Vipin Bhathwal, Associate Director, Oncology Reconstructive Surgery, Max  Hospital, Vaishali, Ghaziabad,“For reconstruction of the patient’s face and neck, we took skin and muscles from the left side of his chest and right thigh. Then we carefully crafted the contours of the face so that they would smoothly blend with the facial skin and not restrict movement post the surgery. This was undoubtedly an extremely complicated case. However, we were determined to do our best to give the patient a new lease of life.”

“This case was particularly challenging from many aspects. We were running out of time as chemotherapy was hardly having any effect on the tumour, and there were high chances of it spreading to other organs.  Socially, the timing of the surgery was challenging too, as it was right in the middle of the ongoing lockdown. Psychologically too, it was not a good time for a high-risk surgery due to fear of infection in the raging pandemic,” the surgeon said.

The surgery was hugely successful, with an uneventful post-op recovery for the patient who was discharged from the hospital after 11 days. After another three months of chemotherapy and radiotherapy, Vicky will be able to eat and speak properly, resuming his normal routine like any other healthy individual. 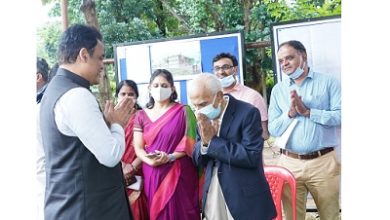 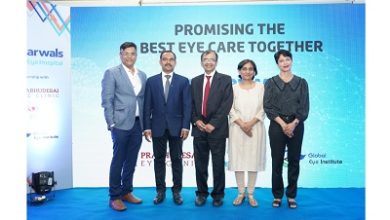