Auckland, New Zealand resident Rahul Gupta has become the first patient to be recruited under a pilot study to ascertain the efficacy of Autologous Adult Stem Cells in reversing Multiple Sclerosis (MS). MS is a disease of the nerves where the insulating covers of the nerve cells in the brain and nerves are damaged, thus effecting the communication between those nerves and the brain. This results in disabling the patient in their muscle movement, vision, coordination and sensation.

Patient Rahul Gupta from New Zealand was first diagnosed with MS in 2010 and has had multiple relapses of the disease in the past 7 years. His symptoms had been progressing at a fast pace and he had almost lost his power to walk. This is when he approached India-based Advancells, who have been working in the field of regenerative medicine and research on stem cells for therapeutic usages. The patient was accepted as a trial patient for Advancells unique Adult Stem Cell therapy program and the procedure was carried out in New Delhi in June 2017.

According to Mr. Gupta, “After my last relapse, I became determined to look for alternative treatments for Multiple Sclerosis. I started looking on the net and found that stem cells therapy is a hope for people, suffering with MS. On further research, I found that it is safe and will not harm me in any way. Thus, I was determined to undergo stem cells treatment, as my illness was progressing very quickly.”

When contacted, Dr. Lipi Singh, Head of Technology at Advancells commented, “We get approached by a lot of patients from around the world who wish to be a part of our program but we can not take commercials therapies just yet. Patient selection is a key criterion for us and Rahul suited the criterions perfectly. He is young and still at a moderate level of the disease and in a very positive frame of mind. Patients at this stage are best suited for this kind of treatment and thus we decided to accept him as a pilot case.”

“Straight after the treatment I saw major improvements, I could walk a lot better, could climb stairs (which I was unable to do after 2012) and even go on the treadmill,” reports Rahul.

As per Dr. Lipi Singh, “It will take approximately 3 months for us to review changes in the MRI of the patient but the drastic changes in symptoms clearly are an indication of the fact that the treatment is working and could become a hope for millions of patients across the world, who are suffering from this disease.”

Rahul Gupta concludes by saying, “I had to travel all the way from South Pacific Island, New Zealand to Advancells, India to have this treatment done. And trust me; I am very happy with my decision. Right from the start, Advancells team was very professional and knowledgeable. Dr. Lipi gave me great confidence and guided me through the stem cells therapy process and the post treatment options, as well. In fact, she was in regular touch with me for clinical follow ups. This was really of great benefit to me and I found it to be the best part of Advancells, India. Apparently, it is difficult to feel human and valued in some industries and societies – I never felt isolated or like I was just another patient.”

“This is a good start to a lengthy research phase but it seems that we are on the right track and hopefully we will be able to make a significant contribution in eradicating not only MS but a host of untreatable diseases existing today, in the future,” concludes Dr. Singh.

Support us in our endeavor to bring you Advertisement free content.
Choose your options to donate or subscribe.
Tags
Multiple Sclerosis 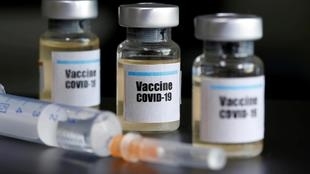