Recently, a traumatic fetal decapitation was reported from Chennai. The incident happened at the primary health centre in Koovathur, where the head of a baby got separated from its torso during delivery. According to The Times of India the doctors said the baby had died in the mother’s womb. In the newspaper the following was reported:

Allegation: Staff nurses at the health care centre ignored her pleas for pain relief medication and went ahead with vaginal delivery. There were no doctors at the PHC. Nurses removed only the baby’s head from the mother’s womb, leaving the torso inside. The woman was then rushed to the Chengalpattu Government Medical College in Kancheepuram for an emergency surgery, where doctors extracted the torso.

Defences: Delivery was done in an emergency situation. Baby’s death was an intrauterine death. The baby had to be removed to save the life of a woman. The baby weighed just 1.5 kilograms, they decided that vaginal labour would not be a hazard. But during vaginal delivery the head got separated.

Cases like this have been reported earlier and this is a medical emergency.

1. Blunt trauma to the head and neck of a new-born during delivery process is a rare event. A peculiar case of decapitation of a live fetus during vacuum-assisted delivery is mentioned where excessive traction on the head of the full-term macrosomic fetus with shoulder dystocia resulted in overstretching of the neck up to the point of decapitation. [Accidental fetal decapitation: a case of medical and ethical mishap: Hiss J, Kahana T, Burshtein I: Am J Forensic Med Pathol. 2011 Sep;32(3):245-7] 2. A case of complete fetal decapitation with uterine rupture due to a high-velocity motor vehicle collision is described. The external examination of the fetus showed a disconnection between the cervical vertebrae C3 and C4 [Intrauterine fetal decapitation after a high-speed car crash: Aromatario M, Bottoni E, Cappelletti S, Fiore PA, Ciallella C] 3. In a retrospective observational study, the course of labor was analyzed in 10 stillborn fetuses with a varying grade of maceration during the third trimester. In 1 case of macerated stillborn fetus, head traction resulted in decapitation, therefore extraction with Braun hooks placed into axillary fossae was done to extract the retained macerated fetal body. [Delivery course of macerated stillborn fetuses in the third trimester: Habek D, Fetal Diagn Ther. 2008;24(1):42-6]

Comments from Dr K K Agarwal on the Chennai case

Dr H Sudarshan Ballal is the New President of NATHEALTH 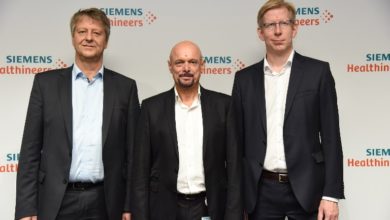