Bangalore based Milann fertility centre, becomes the first hospital in India to receive permission for Uterus Transplant from the Indian Council of Medical Research (ICMR).  Milann has been given approval to conduct uterus transplant in two female patients & the procedure will be undertaken as a research project as per the ICMR guidelines. Milann has seven centers spread across Bangalore, New Delhi and Chandigarh, that provides services in fertility treatment, endoscopic procedures, and management of high risk pregnancies, third party reproduction and prenatal diagnosis.

Research activities involving human participants in India is regulated by ICMR (Indian Council for Medical Research) and DCGI (Drug Controller General of India). ICMR also has a committee that supervises human organ transplantation rules in India. As per the committee’s directive, a research protocol, consent forms, ethical reviews from two separate registered ethics committees were obtained by Milann, further to which the hospital was granted permission from ICMR to conduct the transplant.

The minimum requisite of experience to carry out this procedure, as per the Human Organ Transplant Act, by a Clinical team is not available in any group outside the Swedish group. Milann also obtained permission from MCI (Medical council of India) for the participation of Swedish doctors for the procedure which is yet another mandatory requirement.

Dr. Kamini Rao, Medical Director of Milann and a pioneer in the field of Reproductive Medicine said, “Good Clinical Practices are mandatory in the case of experimental procedures along with ethics committee review and approval of the protocols and consent forms, ensuring that rights of the patients are protected.”

According to Dr. R.S Sharma, Scientist and Head ICMR, “The proposal came to ICMR and was approved as an experimental procedure. Being a Clinical Study it is important to check the feasibility of the procedure”.

Clinical drug trials or other research involving patients or volunteers as per the guidelines of ICMR can be undertaken, provided ethical considerations are borne in mind. Violation of existing ICMR guidelines in this regard shall constitute misconduct. Consent taken from the patient for trial of drug or therapy which is not as per the guidelines shall also be construed as misconduct.

Commenting on the same, Dr. Gautham Pranesh, VP Operations, Milann said, “The fundamental question is if the uterus transplants procedure is an ‘accepted clinical procedure’ or ‘a research procedure’ as on today. The regulatory procedures, competent authorities, objectives and approval bodies are different for both paths. We are of opinion in line with the world that it is still a research procedure whereas other institutes are treating it as a standard accepted textbook procedure”.

Support us in our endeavor to bring you Advertisement free content.
Choose your options to donate or subscribe.
Tags
Dr. Kamini Rao Milann Uterus Transplant 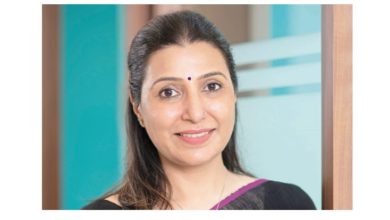