On April 21, 2021, India woke up to an unprecedented scene. A 67-year-old doyen of medical institute in Delhi had lost 25 critically ill patients due to oxygen shortage. Shortly after, other hospitals in Delhi also sent out SOS for oxygen as they did not have enough supply to help their patients. In the following days, reports of patients dying due to a shortage of oxygen emerged from different parts of India. Many PILs were filed at different high courts asking the government to expedite the supply of oxygen to hospitals.

Long queues of empty cylinders and people waiting outside hospitals flash across TV screens every day, bringing to light, the lack of facilities and the glaring gaps in governments preparedness to tackle the pandemic.  The second wave of COVID-19 has crippled the existing healthcare infrastructure and indented the hospitals and healthcare workers in India. The avoidable death due to the shortage of Liquid Medical Oxygen (LMO) has been one of the most discerning pictures during this second wave of the pandemic.

Second Set-back
India has been hit hard with the second wave of COVID-19 pandemic- a covid storm. The WHO said that the situation in India is beyond heartbreaking. “Globally, the COVID-19 pandemic continues to intensify. To put it in perspective, there were almost as many cases globally last week as in the first five months of the pandemic. Many countries are still experiencing intense transmission, and the situation in India is beyond heart-breaking,” Dr Tedros Adhanom Ghebreyesus, Director-General, WHO said during a press briefing.

On April 30, 2021, India recorded the highest single-day cases of COVID-19. The data sourced from  covid19india.org, an independent aggregator of daily figures from state health departments showed more than four lakh cases and 3,464 new deaths on the day.

What is more discerning is the number of patients requiring oxygen support. According to the National Clinical
COVID-19 Registry 54.5 per cent or more than one out of two people admitted in hospitals, need oxygen
support during the second COVID-19 wave as compared to 41.5 per cent in the first wave. Oxygen continues to be a critical factor in the management of COVID-19 during the second wave.

Dr Balakrishna GK, HOD & Senior Consultant – Internal Medicine, BGS Gleneagles Global Hospital said, “The
current wave with mutant strains is highly virulent, which is rapidly spreading to a larger population, at once. In addition, 1-2 per cent of these patients develop SARS (Severe Acute Respiratory Syndrome COV 2). An unexpected sudden increase in the number of cases with limited availability of infrastructure is the main reason for increased demand for oxygen.”

He said that the current wave with mutant strains has severely affected a large number of the younger population. “In the first wave, timely preventive measures helped, to a certain extent, in reducing the burden of oxygen support,” he adds.

Procuring oxygen
There are two ways in which oxygen is supplied to the patients. One is an onsite-oxygen concentrator at  hospitals that filters atmospheric oxygen and collects it in tanks for the hospital to use later. Second, is the more popularand prevalent practice of hiring high pressure LMO cylinders. “The LMO cylinders are cheaper and provide good quality oxygen, with a steady supply,” says Sameer Mehta, Director – Projects, Hosmac India. Mehta, an expert in medical planning, architecture and engineering has worked on more than 500 hospital projects across India.

“If the hospital is in a remote area, where LMO supply is not available then we recommend oxygen concentrators,” Mehta adds. He further explains that there has never been a challenge with LMO before as hospitals map their consumption requirements and vendors refill or replace cylinders conveniently. Aster Hospitals, a group of large corporate hospitals in South India has said that it has managed the situation
so far.

“Currently, we are not facing an oxygen shortage at any of our Aster Hospitals. We are working closely with the district and state administration and monitoring the situation in real-time, and all help is being provided by the state authorities,” an Aster DM Healthcare spokesperson said.

“Generally, you will find a very tall white tank connected to pipes at the bottom and surrounded by a fence
around the back of the hospital. This tank contains tonnes of liquid oxygen. Ideally, a hospital is required to have a minimum of one day’s supply on hand and one normal day’s back up supply in case the main system fails to sustain their patients giving them time to fix or replace the primary oxygen supply,” explains Ayanabh Debgupta, Co-founder & Group President, Medica Hospitals.

He further explains that there are specialised equipment and checks that need to be in place for the consumption boils at normal temperatures, that’s why it is always transported in cryogenic tanks and cylinders. Oxygen is  highly inflammable so transporting the gas is very challenging,” says Debgupta.

When oxygen is at room temperature the gaseous phase is piped at a regulated pressure into the hospital
building where it is measured and the pressure regulated before being piped throughout the building. At the entry
point, there must be a shut-off valve and a pressure sensing alarm, he says.

The pipeline for oxygen is also specialised. “Oxygen follows through a special kind of copper pipe that has
to be brazed together in a nitrogen atmosphere. These oxygen pipes in the walls and ceilings of the hospital deliver pure hydrated oxygen to the outlets on the wall near each bed. Before the oxygen gets to those outlets it is valved, gauged and alarmed one or two more times,” Debgupta explains.

Use of LMO
Talking about the use of LMO at hospitals Mehta says, “Commonly, use of oxygen is minimal at hospitals, around 5-6 litres per min per bed, but not all beds use oxygen at the same time. If 10 per cent of non-critical care beds in a 100-bed hospital are using oxygen then one can estimate about 50-60l per min per bed.”

The use of oxygen at hospitals has surged due to the unprecedented number of patients admitting with the
disease that requires management with oxygen. “In mid-march, we had five COVID-19 patients. However, in April 2021 almost all our beds, 250 of themwere full and we had patients waiting outside for beds,” Debgupta explains.

“Criticality of the disease is more pronounced this time around. As compared to last year consumption of
oxygen is higher at hospitals. We have never seen a situation like this before where hospitals had to send out SOS for oxygen. This is unprecedented,” Mehta laments.

Short-sighted Management
Five days before the oxygen crisis became catastrophic in late April 2021, the Empowered Group 2 (EG2, a group formed by the PMO comprising officials from different ministries and experts), met to review the availability
of essential medical equipment and oxygen. According to a release from the Health Ministry, they discussed the
rising demand for oxygen and were aware of the increasing demand for medical oxygen, especially from the 12 states with a high burden of active COVID cases– Maharashtra, Madhya Pradesh, Gujarat, Uttar Pradesh, Delhi,
Chhattisgarh, Karnataka, Kerala, Tamil Nadu, Punjab, Haryana and Rajasthan.

According to official figures, India has a daily production capacity of 7127 MT of oxygen per day. On 12, April 2021, the medical oxygen consumption in the country was 3842 MTs, which was only 54 per cent of the daily production capacity. “Along with the ramped up production of the oxygen manufacturing units and the surplus stocks available (50,000 MTs), the present availability of oxygen is sufficient,” said a ministry of the health press release. However, they were proved to be wrong.

The Hindu reported that six people died at a private hospital, Neelkanth at Amritsar, Punjab when they did
not receive proper oxygen. In another incident, at least 24 COVID-19 patients in Nashik city died when the hospital’s oxygen supply ran out because a tanker refilling it suffered a leak and had to be shut for maintenance. 25 patients at Delhi’s Jaipur Golden hospital died late night April 23, allegedly due to the shortage of oxygen, according to a hospital statement. Delhi’s Batra hospital said in a statement that eight of its patients, including a doctor, passed away on Saturday 29 April due to lack of oxygen.

Similar stories were reported from Gujarat, Uttar Pradesh and Karnataka. According to the Johns Hopkins
University Center for Systems Science and Engineering (JHU CSSE) data, an average of 3187 people died of
COVID-19 in a week in India between April 14-May 1, 2021. However, there is no official figure yet listing deaths due to oxygen shortage in India.

Portable Oxygen Concentrators
Among a large number of COVID-19 patients who are at home and in need of oxygen therapy has thrown the
spotlight on smaller devices. An oxygen concentrator is a device that filters the air around us to supply only oxygen to the patients through a cannula, oxygen masks or nasal tubes.

However, its use is limited to patients with moderate symptoms. “Oxygen concentrators can be used only
in moderate cases of COVID-19 when The patient experiences drop in oxygen levels, where the oxygen requirement is a maximum of 5 litres per minute,” explained Prof Sanyogita Naik, Professor and Head of Department Anaesthesia, BJ Medical College, Pune.

Speaking at a webinar on COVID-19 organised by PIB the professor added that oxygen concentrators are also very useful for patients experiencing post-COVID complications which necessitate oxygen therapy. Depending upon the capacity, O2 Concentrators cost upwards of Rs 30,000.

Way Out
As the news of medical oxygen shortage spread, the government along with the corporate sector came into action. In addition, the government of other countries mobilised instruments to help “Oxygen concentrators
can be used only in moderate cases of COVID-19.”

The Indian Railways’ Oxygen Express is trying to ease this problem. Trains have run between Mumbai to Visakhapatnam via Nagpur to Nashik and Lucknow to Bokaro and back with a total of 10 containers having nearly 150 tonnes of liquid oxygen have been carried so far the ministry said on April 24.

In addition, PM CARES Fund has given in-principle approval for the allocation of funds for the installation of 551
dedicated Pressure Swing Adsorption (PSA) Medical Oxygen Generation Plants inside public health facilities in the country.

Further, the government has imported 20 cryogenic tankers of 10 MT and 20 MT capacities and allocated them
to states, addressing the shortage of oxygen tankers in the country.All these efforts are welcome but these will dwarf in comparison to the rising COVID-19 infections. If India can reduce the daily COVID-19 cases then the oxygen crisis will dissipate but with the current measures this looks like a distant dream; blaring alarm for even
bigger oxygen crisis in coming days. 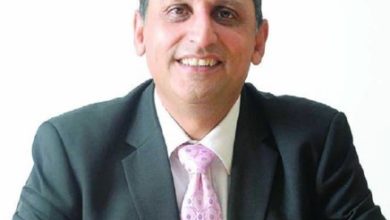 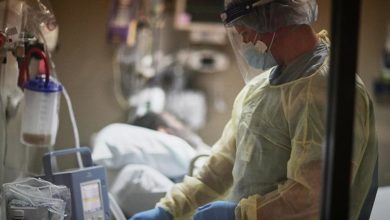 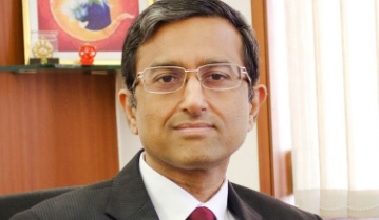 Relooking at the Way We Work 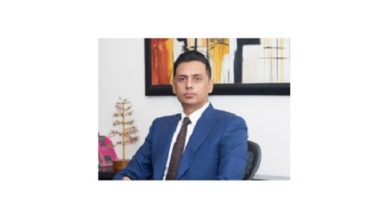 Need Policies to Overcome the Shock